Working With YOUR Genuine Voice 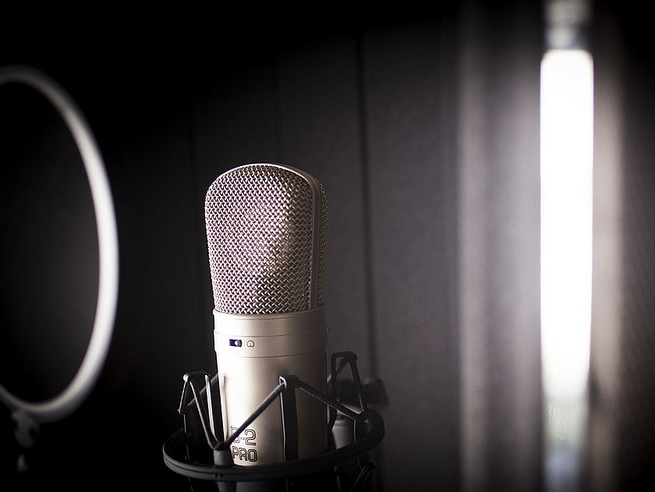 If you’re at a party, or at a business meeting, or anywhere for that matter where you are in a social situation that requires meeting and greeting, do you use your real voice when saying hello? Or do you put on a pretend voice of the person that you’d like to be? All right, so that’s a silly question. But if it’s such a silly question, why do voiceover talent in audition situations so often feel that they have to sound different from who they are?

If you’re taking a shot at this voiceover business, then the only way that you’re going to stand out from the rest of the crowd is with your own unique voice. You stand out by branding your voice, your spirit, and your energy as being genuine and unlike anyone else’s. So you have to have faith in your own voice to get there. Trying to sound like someone else just won’t cut it. Your voice can take you into myriad emotional areas of truth and honesty. And if you’re comfortable with characters, then your voice can truly go all over the place. The voice you use every day can sound surprised, assured, confident, flirtatious, sexy, sensual, or authoritative depending on the circumstances.

Still,  Maybe they’ll have heard a sound sample that was sent along with the particular audition, and they start trying to sound like that sound sample rather than like themselves. Unless they’re looking for a spot-on duplicate of the sound sample, then what a producer or director is really asking for is your interpretation of that sample.

George Burns once said, “Acting is all about being genuine; if you can fake that, you’ve got it made.” It’s not only a great line, but a wise one too. You see, George isn’t talking about genuinely being or sounding like someone else. That would be fake. He’s talking about being able to tap into that which is true and honest inside you in an otherwise unnatural situation. He’s talking about using your genuine voice to make words come to life that were not originally yours. And to top it off, you’re speaking these words in a sound booth with a mic in front of your face and headphones over your ears. Otherwise, perfectly natural.

Let me give you a personal example. Up until I hit middle age I was able to produce an authentic sounding young adult voice. I actually played the role of Robin in a Batman videogame when I was 40. But one day I woke up and my voice didn’t go there anymore. It no longer sounded genuine. So I gave it up. I don’t do that voice anymore. My voice used to have more of a lower range as well that was suitable for promos. That’s also begun to change. I know what my voice can realistically do, what it can genuinely do. I don’t want to sound like I’m stretching it, or even sounding 1% unauthentic. My job as a voiceover talent is to deliver the client genuine emotion with an honest and authentic voice. If they like my genuine voice, fantastic. If they like someone else’s genuine voice, that’s fantastic too.

It’s when I hear them choose someone who can’t even get off the page for reading, (probably their niece or first cousin) or someone who just sounds stilted and imitative, that I have to ask, “What were they thinking?” Oh, you’ve heard those commercials, too?